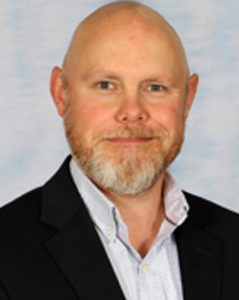 City Manager David L. Bolling began his position with the city on June 3, 2013. He returned to this area after spending two years in Newcastle, Maine where he served as the Town Administrator. Prior to moving to Newcastle he served as the City Manager of Oliver Springs for six years and on the Anderson County Commission for four years. He has two children, son Carter and daughter Caroline.

Exposed to the importance of public service at an early age, through the example of his father who spent 20 years as the County Executive in Anderson County, he follows his belief that “if you want to make things better, roll up your sleeves and pitch in,” as a guide for his own career.

Prior to becoming a City Manager, Mr. Bolling served in banking and finance and has 14 years of combined public and private sector management experience. He attended Tusculum College in Greenville, Tennessee.

Other duties held by the City Manager may include City Council meeting agendas, water board meeting agendas, beer board agendas, and Planning Commission meeting agendas. Kelly Jackson is Executive Assistant for the City Manager and City Council; and serves as the City Clerk who is responsible for keeping and preserving the city seal and all records of the council; attending meetings of the council and keeping a journal of proceedings at such meetings; preparing and certifying copies of official records, for which fees may be prescribed by ordinance; and shall perform all other duties as are prescribed by the city manager.

Copyright 2020. City of Kingston. All Rights Reserved. | Powered by 245 Tech
Contact Us